To kickstart actions on plastic pollution, the Coast Busters invited councillor Jacco Knape of the municipality of Katwijk to participate in clean-up activities and see the problem with his own eyes. “Plastic pollution has no place in a healthy, safe living environment,” emphasises Jacco Knape who encouraged the local initiative to investigate a long-term solution.

The Coast Busters quickly gained the backing of the whole region to get a long-term solution in place which is being delivered via a partnership with the municipality of Katwijk and the regional waterboard authority Hoogheemraadschap van Rijnland.

Support for action has spread to neighbouring municipalities from Holland Rijnland as well as in Teylingen, Wassenaar, Leiderdorp, Woerden, Utrecht and the province of Zuid-Holland. The Coast Busters even got commercial sponsors, on board. “The problem is being tackled locally but has a broader effect: plastic pollution from the entire region upstream will be stopped” says Emile Jaensch, a representative of Holland Rijnland.

“A perfect example that shows that together – government, partners and residents – can make a difference” adds Jacco Knape.

Implementing a long-term solution with a Bubble Barrier

The first Bubble Barrier within one kilometre from the sea is now fully operational in Katwijk. “We were looking for a long-term solution to stop plastic and found the Bubble Barrier technology an effective way to catch all sizes of plastic particles” says Claar-Els.

In recent years, the Bubble Barrier system has been extensively tested and has been proven to catch plastic particles as small as 1 mm and intercept 86% of floating test material in inland waters.
“The Bubble Barrier positively contributes to clean and healthy water. Thanks to the bubble screen, we ensure that plants and animals are protected from plastic pollution and therefore contribute to increased biodiversity,” says Waldo von Faber of the Rijnland Water Board.

“We are particularly proud to see communities empowered to take action and reaching out to us like the Coast Busters” comments Anne Marieke Eveleens, Co-Founder at The Great Bubble Barrier. “It really shows the power of collaboration to solve plastic pollution.”

How does a Bubble Barrier work?

But the local initiative does not stop here. The Coast Busters plan on building an education and monitoring centre to create awareness about the amount of plastic in our waterways, as well as the actions needed to prevent and reduce the problem. The centre will also monitor and analyse the type and amount of plastic collected by the Bubble Barrier. The knowledge from this research will be used to remove even more plastic from the rivers with targeted actions. 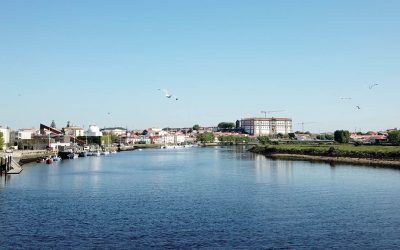 The Great Bubble Barrier is coming to Portugal!

AMSTERDAM, THE NETHERLANDS, 16TH SEPTEMBER 2021 - This World Clean Up Day, The Great Bubble... 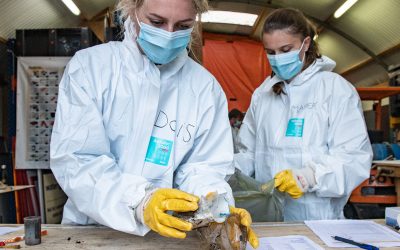 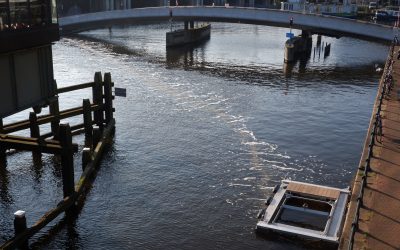 AMSTERDAM, November 7, 2019 – Today, the first Bubble Barrier was launched in the Westerdok in...