The Bubble Barrier was commissioned by the Amstel, Gooi and Vecht Water Management Board and the Municipality of Amsterdam as an extension of “Amsterdam Clean Water” which strives for clean plastic-free waters in Amsterdam. The location, the Westerdok, is one of the points where the water flows from the monumental canals of Amsterdam into the IJ. The IJ flows into the North Sea Canal and this leads directly to the North Sea. This makes Westerdok an ideal place to catch Amsterdam’s canal plastic.

Visit the Bubble Barrier Amsterdam virtually via this link.

The Bubble Barrier in the Westerdok is strategically placed to be able to stop as much of the outflow of plastic from Amsterdam’s city center as possible. The Bubble Barrier complements the garbage boats of Waternet and also catches plastic in the weekends and evenings, 24 hours a day, 7 days a week. 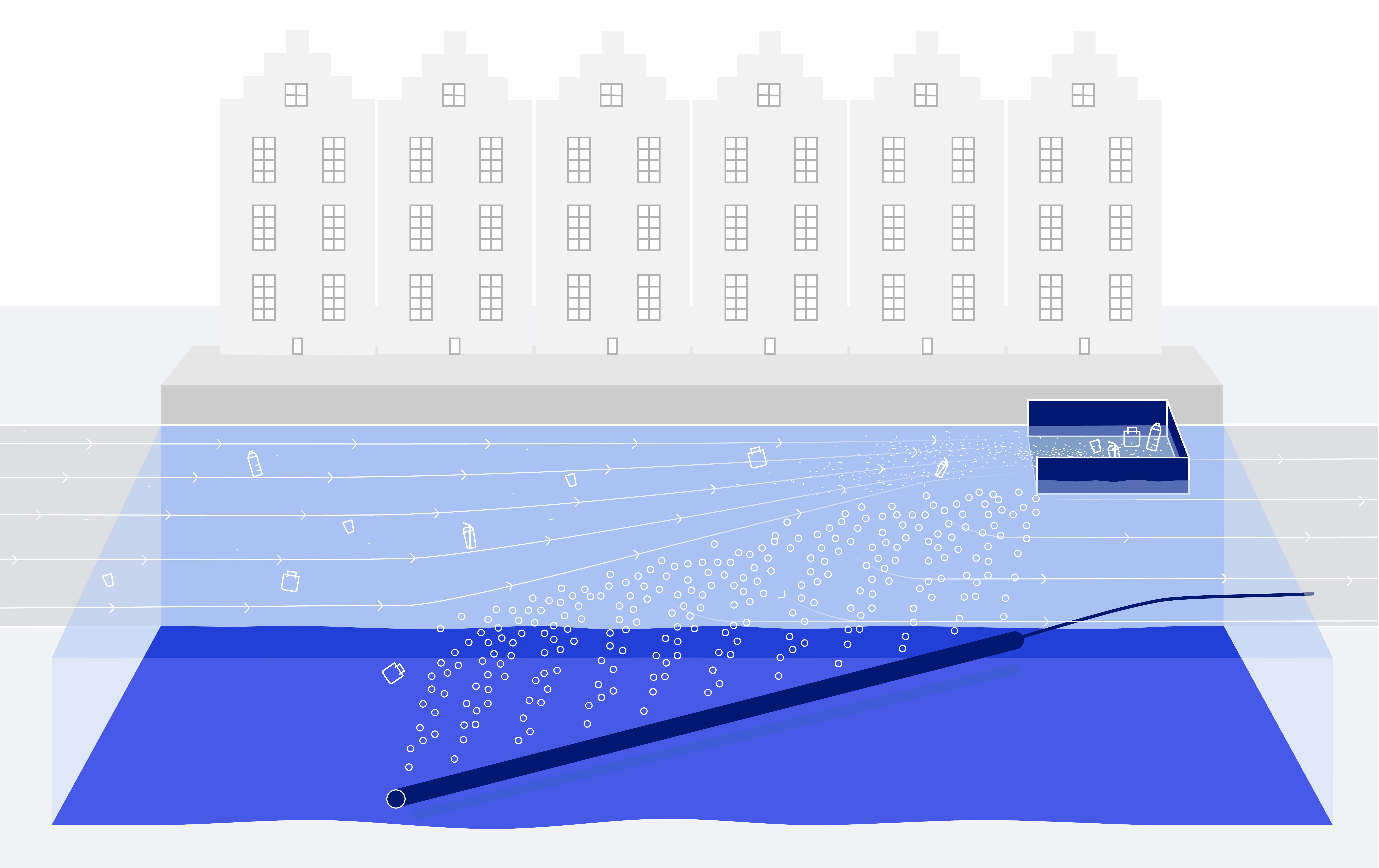 THE WESTERDOK, AMSTERDAM
The Amsterdam aquatic life is not being blocked by the bubbles, in fact: the oxygen level in the water increases thanks to the bubbles. This stimulates the ecosystem and prevents harmful algae blooms. Because bubble screens absorb sounds and waves, fish and shorelines experience less damage from ship traffic. Moreover, unlike many other plastic capture technologies, the Bubble Barrier does not interfere with the passage of ships or wildlife.

With the Bubble Barrier in Westerdok, the Amstel, Gooi and Vecht Water Management Board is looking for a solution that captures floating plastic and smaller plastic waste up to 1 millimeter.

With the current collection methods in Amsterdam, only plastic which remains inside the city is removed and only pieces which are larger than 2cm. It will also be monitored how much and what kind of plastic is removed from the water with the Bubble Barrier. In addition, the Bubble Barrier can be used for further research purposes. 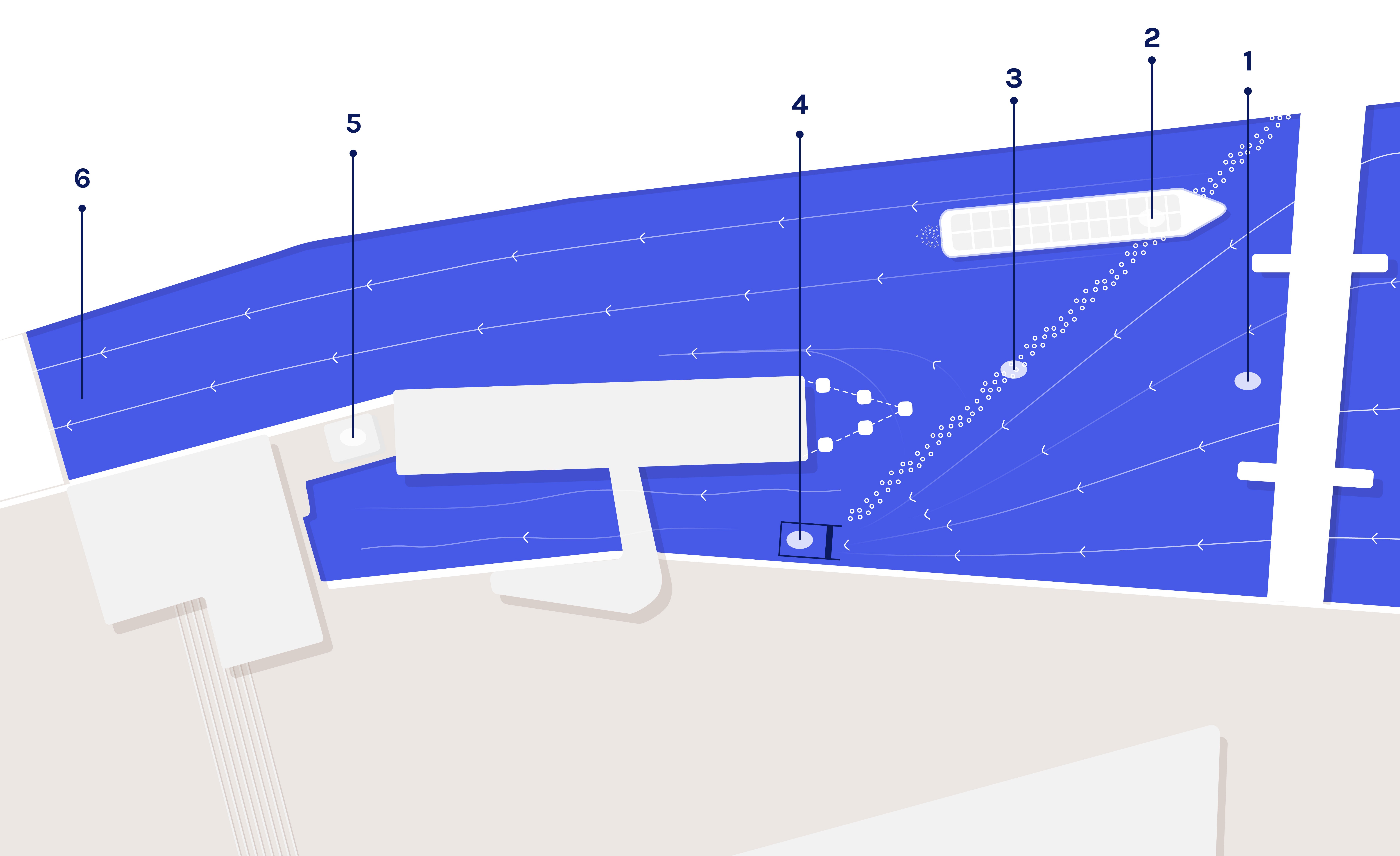 Plastic in the water, which flows through the Amsterdam canals to the Bubble Barrier and is guided by the bubbles into the catchment system.

Boats can sail through the Bubble Barrier without a problem.

The Bubble Barrier is placed diagonally in the river, in a precisely calculated angle for the maximum capture of plastics.

The catchment system which retains the plastic until removal.

Water without plastic waste flows via the river IJ into the North sea.

FROM THE SIDEWALK TO THE SOUP
The location of Amsterdam is a good route for ships and aquatic life from the fresh Dutch inland waterways to the salty North Sea, but unfortunately also a fixed route for a lot of plastic waste to the open sea: so far there has been done little to stop this journey of the plastic. A large amount of plastic ends up in the water network of the Amsterdam canals, which flows through, among other things, the Westerdok into the IJ and eventually the North Sea.

Waternet works on behalf of the Amstel, Gooi and Vecht Water Management Board and the municipality of Amsterdam and does everything it can to remove the waste from the inland waterways before it reaches the IJ, let alone the sea. In Amsterdam, Waternet collects 3,500 kg of waste from the water with its garbage boats, including a lot of plastic. On an annual basis, around 42 tonnes of plastics are removed from Amsterdam’s inland waterways. This plastic floats on, or directly below, the surface of the water, but there is also a lot of plastic waste under water which was previously difficult to capture. Moreover, the plastic is only removed at regular intervals in the city by the garbage boats. At the same time, a large amount is constantly flowing to the IJ and the sea.

It was difficult to find a solution for the plastic under water. This means that waste from the street, which is not immediately cleaned up, has a great chance of ending up in the North Sea where it becomes part of the ‘plastic soup’ and causes great damage to the environment and also to people when it enters the food chain.

More water than Venice, more bridges than Paris. In addition to its artistic heritage, the Dutch capital is best known for its inland waterways. Of those inland waterways, the seventeenth-century canal belt is even on the list of UNESCO world heritage. Situated on the Amstel between the North Sea and the Zuiderzee, Amsterdam was for centuries one of the most important port cities in the world. For example, a canal network was built at the end of the 16th and 17th centuries after land reclamation to expand the city area. In order to improve the connection with the North Sea, the North Sea Canal was built in the 19th century. In combination with the IJ, this waterway provides a passage from the fresh water IJsselmeer to the salty North Sea and other waterways such as the Amsterdam-Rhine Canal. The Amstel also provides an extensive migration route from the interior to the open sea for both shipping and aquatic life.

BIODIVERSITY
Those who walk along the water in Amsterdam will not be able to imagine it so quickly, but there is a very large biodiversity in the North Sea Canal, the canals of the city center, the Amstel and the IJ. Certainly since the discharge of the sewer into the canals has stopped, the ecosystem has been growing: from white fish such as bream and roach in the canals, to carp and zander in the North Sea Canal, but larger fish are also seen, such as the big catfish, sturgeon and pike. In the IJ you can find herring, flounder, plaice, sea bass, sea trout and cod. Because of the location of Amsterdam there is both fresh and salt water and the waterway is an important migration route for fish. As a result, in addition to swimming people, salmon and trout are sometimes even seen.

In view of the growing number of residents and visitors in the city, the need to keep Amsterdam’s waters clean is increasing. Moreover, Amsterdam has the ambition to become the first city in the world with a circular economy in which products and materials are reused and production chains are redesigned to minimize waste of resources. Sustainable solutions are being considered in order to reduce the increasing need of producing more and more products and energy. In 2050, Amsterdam must be the first Plastic Smart City to be a clean city with as little residual waste as possible – and this also applies to Amsterdam’s water.

To this end, Amsterdam Clean Water was entered into a long-term program of 3 years, aimed at structural changes in waste management in relation to the waters of Amsterdam. The aim of the program is to reduce the amount of waste which ends up in the canals and the IJ every year.

The collected waste of the Bubble Barrier will be investigated by the Plastic Soup Foundation.

“We want to remove as much plastic as possible from the water to prevent pollution of the North Sea. Of course, we would prefer that no plastic is entering the environment at all – with the Bubble Barrier we are at least tackling pollution from the canals.” 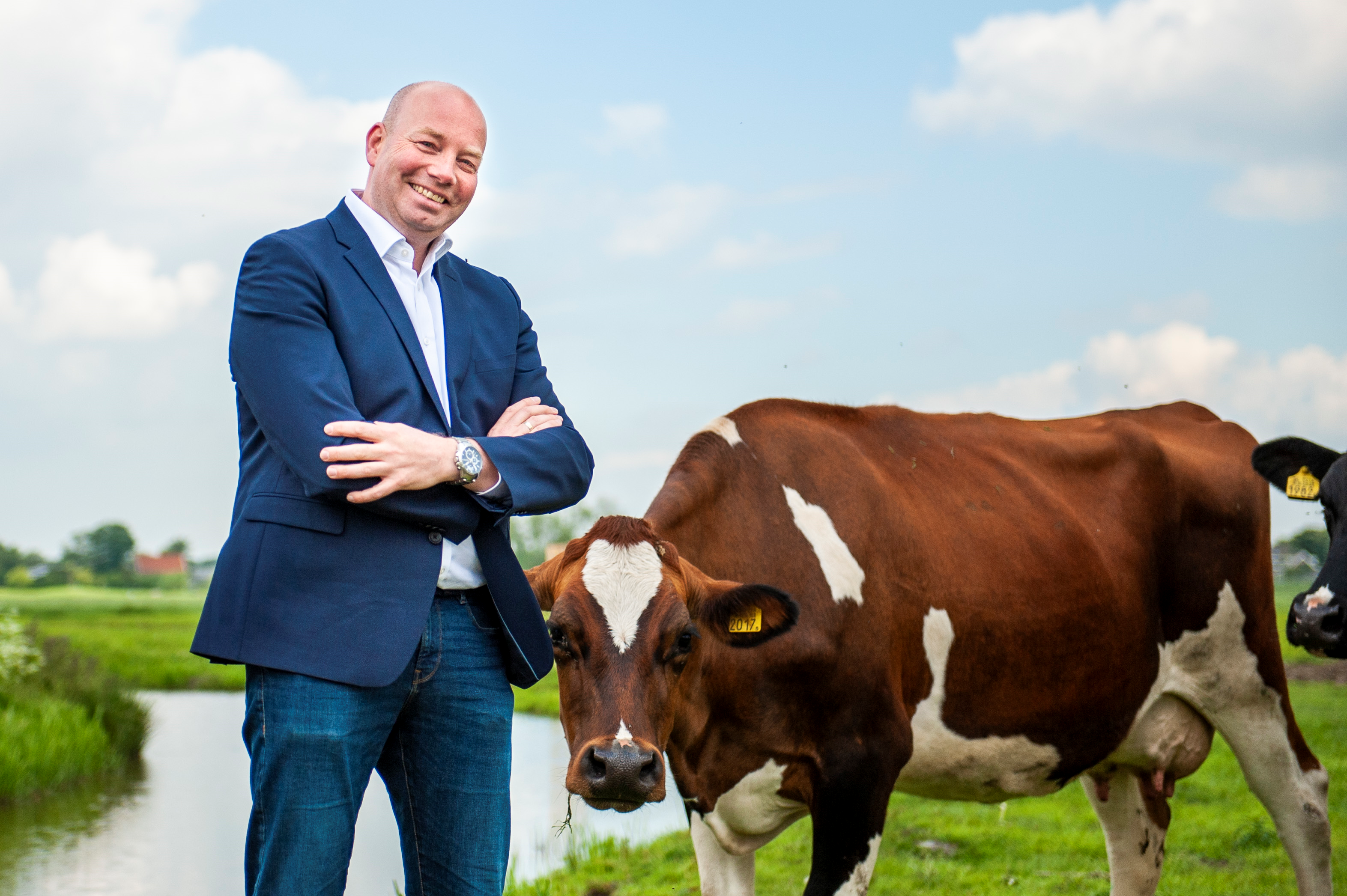 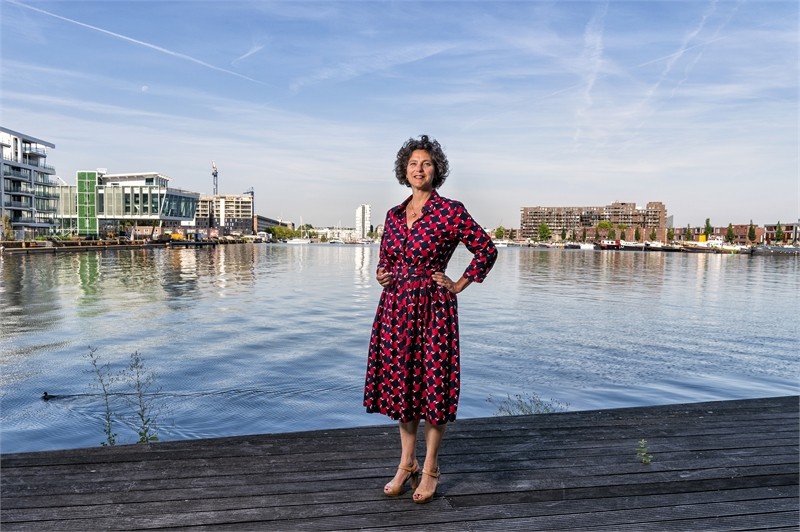 “Although we want to prevent plastic litter as much as possible through new measures and the installation of enough waste bins, a lot of plastic still ends up in the canals with or without intent. I am therefore delighted to enter into a partnership with Waternet to do something about canal plastic”

This project is being executed by The Great Bubble Barrier on behalf of the Amstel, Gooi and Vecht Waterboard and the city of Amsterdam in collaboration with Van den Herik – Sliedrecht, STOP! Micro Waste, Canadianpond and the Plastic Soup Foundation. 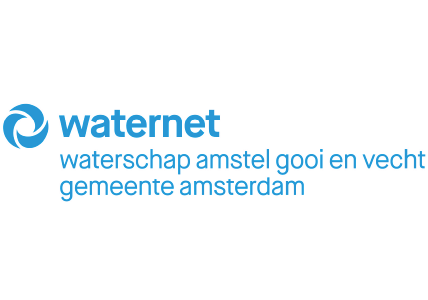 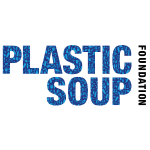 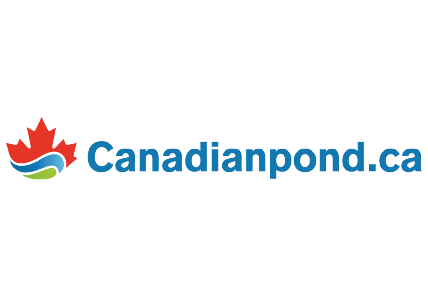 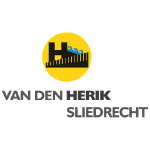 Hi there! We're using cookies in order to optimize our site. Find out more.